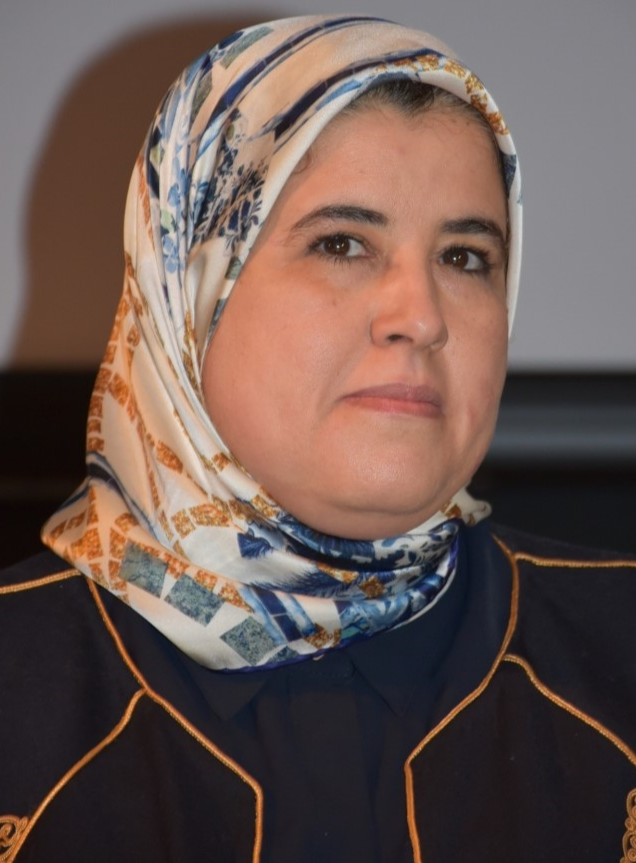 Ms. Jamila El Moussali holds a PhD in Literature / Department of History, and a diploma of higher studies in thought and civilization from the University Mohammed V – Rabat. From the same university, she obtained a certificate of completing lessons in the same field.

-President of the Women’s Organization of the Justice and Development Party (since May 4th, 2018)
-President of the Organization for the Renewal of Women’s Awareness – Rabat Section (1995 – 1999)
-Founder and President of Al-Wiam Centre for Family Assistance (2004-2015)
-Founding and board member of Al Zahra Forum for Moroccan Women (2001-2015)
-Contributions to the establishment of income-generating projects for women in difficult situations and to the creation of several family counselling centers. Founding member of numerous local associations, as well as national and regional networks.

Expertise and contribution to scientific and intellectual production

-The book “The Feminist Movement in Contemporary Morocco: Trends and Issues”, a publication of Al-Jazeera Study Centre and Arab Scientific Publishers (Addar Al Arabia Nachiroun), 2013
-The book “The Political Participation of Women: Between Reality and Expectations”, Al Wiam Publishing House, 2009
-Several specialized reports and collective and joint research on issues of civil society, development, family and the feminist movement.
-Contribution of scientific and research papers in numerous Arab and international conferences and forums.
-A certified expert on women’s, family and development issues in a group of Arab and regional organizations.

Certificates of advanced expertise, including

– Certificate of successful completion of the regional training session of trainers on International Humanitarian Law, delivered by the International Committee of the Red Cross (ICRC), the League of Arab States, and the Arab Centre for Legal and Judicial Research (ACJR) (for the years 2013 and 2015).
– Holder of several training and development certificates in the fields of communication, public relations, planning and international humanitarian law.
– Participation in the International Visitor’s Leadership Program organized by the United States for the benefit of women leaders in civil society and American universities

Activities of Madam The Minister